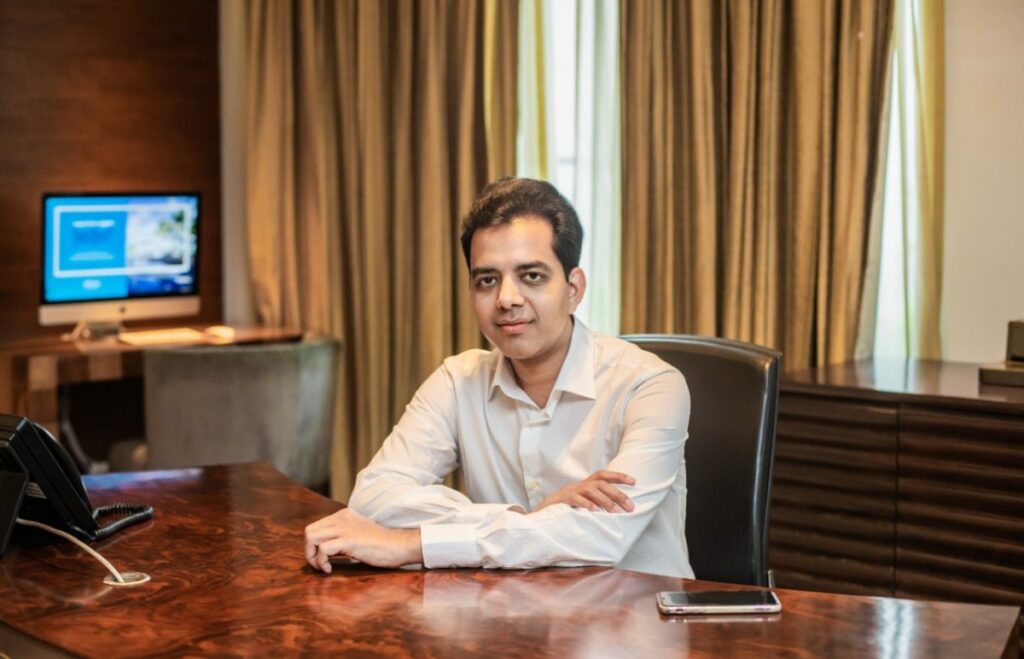 Outlook 2020 for Retail and Commercial sector

With the central government committed to increase consumption to boost economic growth, commercial and retail sectors in the real estate market in India are expected to scale new heights in the year 2020. Investment options in commercial and retail properties are also set to open up further with the government committed to develop 100 smart cities across the country.

The residential sector is set for huge growth with the central government aiming to build 20 million affordable houses in urban areas of the country by the year 2022 under the ambitious Pradhan Mantri Awas Yojana (PMAY) scheme of the Union Ministry of Housing and Urban Affairs. The sheer projected increase in number of housing units in urban areas through the PMAY scheme automatically gives rise to a concurrent demand for commercial and retail spaces to cater to the needs of end-users.

The real estate sector in India is expected to touch a market size of USD 1 trillion by the year 2030, as per a study, and is also expected to contribute nearly 13 per cent to the Gross Domestic Product (GDP) of the country. Commercial and retail sectors will comprise a huge chunk of the market size occupied by the real estate sector in India by the year 2030.

The need for commercial and retail properties witnesses increase in growth only with increase in demand for consumption. This demand is set to increase next year with the central government deciding to provide the much-needed impetus for the housing sector through a series of reforms undertaken by the Union Finance Ministry this year.

In November, the central government approved a bailout fund of Rs 25,000 crore for as many as 1,600 stalled housing projects in various parts of the country. While the government itself will pump in Rs 10,000 crore to the corpus, the State Bank of India and Life Insurance Corporation will pool in for the remaining Rs 15,000 crore. This impetus will go a long way in completion of stalled housing projects even though the corpus is only a fraction of the total funds that are required for putting the projects on the right track. As per a study, a total of number of nearly 5.76 lakh units, which had been launched in the year 2013 or earlier, are in various stages of completion. The completion of these housing units, which are spread over seven major cities of the country, foresees the light of the day with the effective utilisation of the real estate corpus created by the central government. Occupation of even half of the 5.76 lakh stalled housing units by end users by the end of the year 2020 will give a huge boost in demand for commercial and retail properties in the vicinities of the residential projects. Over the next few years, the government aims to develop 100 Smart Cities across the country by retrofitting them with infrastructure and making them sustainable through the implementation of solutions aimed to make transport, communication, liveability and governance citizen friendly. A huge capital of Rs 205 lakh crore will be pumped into the 100 cities that have been identified by the central government. A total number of 100 towns falling in the Tier 2 and Tier 3 categories have been identified by the central government to be developed as smart cities under the ambitious Smart City Mission of the Union Ministry of Urban Development. The government will pump in over Rs 2 lakh crores for developing infrastructure in these cities and in making them citizen friendly through introduction of state-of-the-art communications, transport and governance measures. The development of these smart cities points towards burgeoning growth in residential properties in them which simultaneously holds great potential for the commercial and retail sectors of the real estate industry. In major cities of the country, including the metros and Tier 2 and Tier 3 cities, end-users have begun occupying housing units, particularly towards the latter half of this decade, with developers handing properties over for possession. Hitherto unpopulated areas of these cities, where housing hubs sprang up in this decade, have suddenly witnessed high density of population. Existing realty infrastructure, like entertainment, merchandise, food and beverages, can no longer cater to the needs of the high density of population. For example, demand for commercial and retail spaces is set to witness a high growth in housing hubs like Alwar, Udaipur, Jaipur, Gurugram, Bhiwadi, National Capital Region (NCR). These are housing hubs in the North India that are witnessing increase in density of population from the second half onwards of this decade. Similar increase in density of population is also being witnessed in housing hubs in other cities including Bengaluru, Hyderabad, Pune, Chandigarh, Bhubaneshwar, Bhopal and Ahmedabad. Concurrent need for commercial and retail spaces is also being felt in these cities. The 21st century has witnessed a proliferation of retail brands across various sectors of the economy including entertainment, clothing, food and beverages, electronics and merchandise. The proliferation of these retail brands also in itself requires quality infrastructure in terms of commercial spaces like malls and shopping and entertainment hubs. Expansion of these brands to Tier 2 and Tier 3 cities of the country, which is taking place simultaneously with the expansion of service sector industries, is also set to increase the demand for commercial and retail space in these destinations. 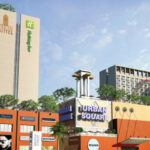 How commercial spaces can push up their ranking post COVID 19?

No comments to show.

How commercial spaces can push up their ranking post COVID 19? 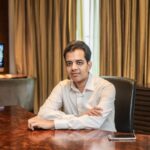 Outlook 2020 for Retail and Commercial sector

This website may contain other proprietary notices and copyright information, the terms of which must be observed and followed.

The present contents on the website regarding the project and in respect of the units or building and project layout, area, amenities, services, terms of sale and other relevant terms are based on the approved and sanctioned plans by the concerned government authorities subject to any modification and change in consonance with relevant laws or as directed by the Authorities. The visuals, pictures, images/renderings/maps of the project at the development/construction stage, are purely indicative, informative and representational in nature and only an architect’s impression, unless specifically claimed to be actual photographs.

The particulars on the website mention details of the Project/developments undertaken by the Company including depicting banners/posters of the Project. The contents are being modified in terms of the stipulations/recommendations under the RERA Act and Rules made thereunder and accordingly may not be fully in line thereof as of date. You are therefore requested to directly verify all details and aspects of any proposed booking/acquisition of units/premises, directly with our authorised Sales Team/ Company prior to concluding any decision for buying any Unit(s) in any of the projects.

The website and all its contents are provided on “as is” on “as available” basis. No information given under this website creates a warranty or expand the scope of any warranty that cannot be disclaimed under applicable law. Your use of the website is solely at your own risk. This website is for guidance only. It does not constitute part of an offer or contract. Design & specifications are subject to change without prior notice. Computer generated images are the artist’s impression and are an indicative of the actual designs.

Some links within the website may lead to other websites, including those operated and maintained by third parties. The Company includes these links solely as a convenience to you and the presence of such a link does not imply a responsibility for the linked site or an endorsement of the linked site, its operator, its contents or under RERA.

Company makes no representation whatsoever about any other website which you may access though this one. When you access a non-Company Realty website, even one that may contain the Company’s logo, please understand that it is independent from the Company, and that the Company has no control over the content on that website. In addition a link to a non-Company website does not mean that the Company endorses or accepts any responsibility for the content, or the use, of such website. It is up to you to take precautions to ensure that whatever you select for your use is free of such items as viruses, worms, trojan horses and other items of a destructive nature.

By using or accessing the website, the user agrees acknowledges and accepts all the terms and conditions of the disclaimer without any qualification or limitation.

In no event Company will be liable to any party for any Direct, Indirect, Special or other consequential damages for any use of this website, or any other hyper linked website, including without limitation, any lost profits, Business Interruption, Loss of programs or other data on your information handling system or otherwise, even if we are expressly advised of the possibility of such damages.

The foregoing are subject to the prevailing laws of India and the courts in India shall have the exclusive jurisdiction on any dispute that may arise out of the use of this site.

We thank you for your patience and understanding.

This website uses cookies to improve your experience while you navigate through the website. Out of these, the cookies that are categorized as necessary are stored on your browser as they are essential for the working of basic functionalities of the website. We also use third-party cookies that help us analyze and understand how you use this website. These cookies will be stored in your browser only with your consent. You also have the option to opt-out of these cookies. But opting out of some of these cookies may affect your browsing experience.
Necessary Always Enabled
Necessary cookies are absolutely essential for the website to function properly. These cookies ensure basic functionalities and security features of the website, anonymously.
Functional
Functional cookies help to perform certain functionalities like sharing the content of the website on social media platforms, collect feedbacks, and other third-party features.
Performance
Performance cookies are used to understand and analyze the key performance indexes of the website which helps in delivering a better user experience for the visitors.
Analytics
Analytical cookies are used to understand how visitors interact with the website. These cookies help provide information on metrics the number of visitors, bounce rate, traffic source, etc.
Advertisement
Advertisement cookies are used to provide visitors with relevant ads and marketing campaigns. These cookies track visitors across websites and collect information to provide customized ads.
Others
Other uncategorized cookies are those that are being analyzed and have not been classified into a category as yet.
SAVE & ACCEPT
Book Site Visit
Get in touch